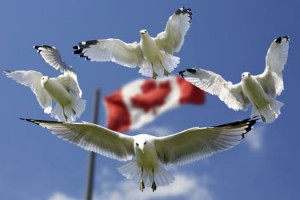 The Canadian Institute hosted a few weeks ago a forum on the legalization of recreational pot. It helped curb the minds of some – but not all. So, what is a country to do is something as big as legalized pot is turning people off? Well, nothing. We all have issues with our own perspective governments, but yet we do not flee the country. But like most every other country, Canada has its liberal areas and its conservative areas. While Vancouver is fairly permissive with pretty visible marijuana store front dispensaries, other areas of the country are more conservative. For example, some attendees noted that conservative communities like Saskatchewan are not at permissive as Vancouver and just this past year during May in Toronto police launched Project Claudia that raided many dispensaries and seized 269 kilos of dried cannabis and arrested 90 people.

If it is legalized country-wide, then of course police and local governments will have to cooperate. Will the want to? Maybe not – but if it is the law, then people shouldn’t worry.

This can also add to the workforce in Canada. Marijuana dispensaries can grow – and it not only produces employees but also a larger tax for the country. Many believe that legalized recreational pot will be taxed like cigarettes and alcohol, which can bring in a nice chunk of change for the territories, cities, and country. The employee paychecks help fuel funds back into the local economies.