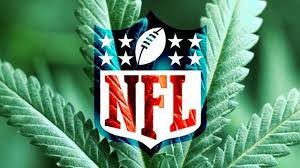 A revision to the NFL’s drug policy will come too late for Cleveland Browns wide receiver Josh Gordon. After multiple positive marijuana tests, he will likely be suspended for the season. While the use of marijuana is not wide-spread in the NFL, its use is present. According to Cindy Boren’s article for The Washington Post, some players use marijuana to ease the violence of the sport while others use it for the stress; such as, the media, the pressure of winning, and dealing with the coaches.

If the NFL’s drug policy is revised, finalized and announced it will contain changes specific to marijuana and other drugs that are abused. The changes will involve a decrease in the punishment involved when violations occur, along with an increase in the threshold for a positive marijuana test. At present, the recreational use of marijuana is legal in two NFL cities, Denver and Seattle.

The NFL Players Association plans to look into the medical research that has been used in the support of it being legalized in some states for medicinal use. In the meantime, the NFL still insists that the commissioner be the final say when discipline must take place; their insistence over arbitration of disciple is actually the cause of the pause in implementation and change to the league’s drug policy.

Another situation has arisen that may affect the NFL’s decision on marijuana use. Another lawsuit has been announced involving eight retired players who are suing the NFL on the grounds that their painkiller addition was the result of playing pro football.

According to an article by Michael McCann, legal analyst and writer for Sports Illustrated and SI.com, “The lawsuit portrays the NFL and its teams as taking extraordinarily unethical steps to suppress players’ pain so they could remain on the field. According to the complaint, team doctors and trainers routinely prescribed medications without prescriptions and without warning players about the risk of addiction and side effects.”

McCann then addressed the impact marijuana legalization will have on the NFL. He quotes one, prominent NFL agent as saying, “What is the alternative to marijuana? The alternative sucks. Think about what players take for pain—they take much more serious and much more addictive drugs. Vicodin. Percocet. Oxycodone. These are highly addictive and synthetically manufactured drugs. … They can rip up your insides. I would much rather my guys take natural, less addictive stuff.”

Have a Marijuana Dispensary? Need Merchant Processing? We can help, click below!