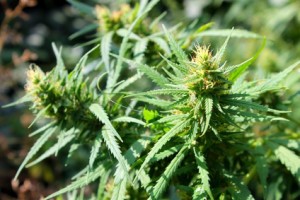 The battle to legalize marijuana is more heated than ever. Opponents of legalization believe it will cause higher drug use among teens and increase drug related accidents. Proponents think that legalization will create an influx of state revenue, and reduce the amount of money the state spends on arresting responsible marijuana users. But is legalizing marijuana really a smart fiscal move?

Support for legalization of marijuana is not just found by users or people who want to be users, but by individuals who no longer view marijuana as a gateway drug for harder drugs (17% of Americans). Perhaps the most prominent driver for legalization are strapped state governments in desperate need of funds. The ability to allow marijuana and then tax it, is almost too good for many states to pass up. Plus legalization will significantly cut spending on law enforcement, prison sentences, and legal costs used to jail and prosecute marijuana users.

Even though the Obama administration recently released new guidelines that allow banks to work with legal marijuana merchants, most bank officials say the guidelines still place too much culpability on them. Under the guidelines, bank officials must submit annual reports swearing that their cannabis merchants are legitimate, and if the companies are not legitimate, the bank is charged a stiff penalty. As a result, most banks refuse to manage marijuana merchant accounts.

Learn more about expanding your customer’s payment options beyond cash. Call 1-800-466-1809 or click below today.