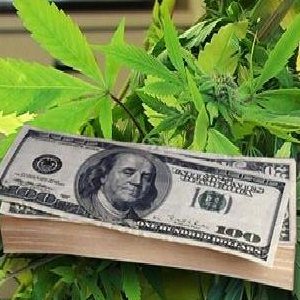 The legalized marijuana business may not be so taboo after all. Many investors – big-name investors – are flocking to the industry willing to lend a hand, as well as some financial resources. In the past few months, investors such as Angel/ArcView Group, has seen a phenomenal increase in membership. However, will this be a quick rise and downfall, as are most fads, or are these investors here to stay?

Thanks to the recent influx in membership, ArcView has found some big-named donors. ArcView members now include Tom Bollich, the co-founder of online social gaming giant Zynga; New York State assembly member Steve Katz; and Douglas Leighton, the founder of Dutchess Capital, a New York-based investment firm that manages $125 million in assets and has invested more than $200 million in companies across the globe. While some of these names are not much of a surprise (Tom Bollich, for example), others such as Steve Katz are. The legalization of marijuana is a hot topic across the United States, and to see a state assembly member put his trust, and funds, into the ring is a big step forward.

However, most fads see growth in their first weeks, months, or even years of its introduction. The downside is that most of the goods and ideas are in fact fads, and they will eventually go away as consumer interest fades. Marijuana may be different, as it has been around for centuries (the first documented mention of cannabis was is 3000B.C.). While excessive taxation may hinder many from purchasing, the legalized aspect will help bring in consumers who would have never dreamed of purchasing illegal marijuana. Basically, every human over the age of 21, who have a current identification card, are potential customers, and these savvy investors know it.

While the legalization of marijuana in Colorado is controversial, that has not stopped deep-pocketed investors from wanting in on the goods. With controversy comes media, and with media comes more sales. However, with legalized marijuana media attention may not be necessary for enhanced sales, as it is known worldwide for its properties, both good and bad. Only time will tell if these investors will stay put long-term, or if they will move on to another fad when the sales of legalized marijuana stabilize.