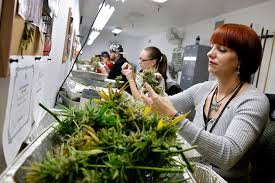 Medical marijuana is finally becoming legal in Minnesota on July 1st, yet it remains a touchy subject due to federal laws. Banks and financial institutions are weary of working with such businesses out of fear of federal crackdowns.

This summer, Minnesota patients suffering from cancer, AIDS, HIV and several other conditions, will be permitted to consume marijuana on medical terms. The marijuana will be distributed in pill and oil form and will be highly regulated. Grown by physicians, scientists and other professionals, everything is highly controlled. Nonetheless, banks are still extremely cautious about working with marijuana businesses.

Getting approved for a marijuana merchant account and even getting a line of credit is becoming a task all on its own for these businesses. Now that the legal issues are out of the way, medical marijuana growers now have to focus on the financial aspect. Getting approved for high-risk accounts is nearly impossible with most banks refusing every single application.

The issue is that most banks consider the fact that medical marijuana is still considered illegal on a federal level. The DEA still places marijuana on the same level as LSD and heroin. However, the federal government has announced that shutting down state medical marijuana growers would not be a priority. This allows some banks to consider accepting professional-quality growing-ops.

Nonetheless, most medical cannabis growers are turning towards companies such as MMA to get approved for marijuana merchant accounts. This allows them to accept credit cards without having to pass through local banks.

The federal government has also provided banks with several documents, outlining how to deal with medical marijuana growers without being held responsible. For instance, filing a Suspicious Activity Report for every deposit will help banks approved marijuana growers without being held responsible. Although it seems like a ton of paperwork considering the massive amount of deposits being made, it’s a solution nonetheless.

The best solution thus far is working with high-risk merchant processors such as MMA, which is far better than dealing with cash transactions only.

Contact MMA to get setup with Merchant Solutions for your MMJ business today!