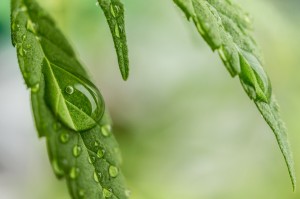 Right now only about 5% of the US population can legally light up recreational marijuana. Come Tuesday, the number night jump to over 25%. Recreational marijuana is the hot topic on many state ballots, and it will be interesting to see if the latest Gallop Poll’s numbers add up. In the latest poll, 60% of Americans were in favor of legalized marijuana in some form or another.

Measures to legalize and regulate the sale of cannabis are in California, Arizona, Massachusetts, Maine, and Nevada. Approvals mark the biggest advance yet for advocates in the decades-long fight over legalizing marijuana—one that they believe could ultimately force the federal government to end its prohibition of the drug. And this is huge, since the Feds still consider marijuana in any form an illegal substance.

Medical marijuana has been legal in California for 20 years, and sanctioning its use more widely would surely exacerbate tensions with the Drug Enforcement Administration and Congress over enforcement of federal laws classifying cannabis as a drug. Legalized recreational marijuana in California alone could boost tax revenue by the tens of millions – if not more, many believe. And this tax revenue helps us all: From roads to bridges to schools and even educational programs about the effects of illicit drugs.

So, what’s the big deal? If everyone – the government included- gets some benefit from legalized medical and/or recreational marijuana, why the hold up? Well, there is a lot of stigma with pot smokers, and even though many studies show that it has medical benefits, these studies are typically not long-term, so there isn’t a lot of feedback to see if anything detrimental could happen to someone in the future.

For those who are wanting to start a dispensary, go for it! Not only can you reap the financial benefits, you will help your state and local government by the higher taxes, and you will help someone in need get the natural drug of their choosing.