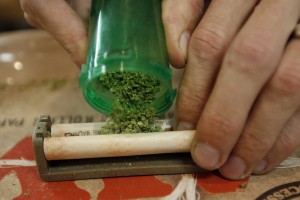 The state of New York has nearly come to an agreement on a pilot program to give access to marijuana to ill residents of the state. This came after several days of negotiations which could made the state the 23rd in the United States to accept the use of marijuana for its medical properties.

The process to approve medical marijuana was full of intense negotiations between Governor Cuomo and the state legislature. The final agreement, which will be voted on by the senate and passed by the week’s end, was reached after several caveats were elaborated.

First, and most notably, no smoking of the drug will be permitted. Medical marijuana patients can use edibles and tinctures in lieu of smoking marijuana though patients can inhale the drug by using vaporizers, which are similar to e-cigarettes.

Another caveat is that only a limited number of illnesses could potentially qualify a patient for medical marijuana usage such as AIDS, cancer, epilepsy and other serious degenerative diseases.

Also, the marijuana will be grown in the state of New York and all sales will be taxed at a rate of 7 percent.

The State Health Department will be in charge of overseeing the program as a whole. The department has a provision allowing it to end the program at any time. The governor cited the opt out clause as necessary in order to maintain public health and safety. There is also a clause that puts a seven year lifetime on the bill unless re-approved by lawmakers.

The department will have as much as 18 months to create regulations that govern the use of medical marijuana. This will include the entities that will be permitted to dispense it, which will be limited to five organizations initially. It has yet to be seen which organizations will handle the dispersion of the drug or how they will accept payment from customers though a marijuana merchant account could greatly improve the effectiveness and sales of medicinal facilities.

While the Assembly has passed five bills to support medical marijuana they were always essentially killed in the senate. In recent weeks, republicans and democrats have come together to support the bill in an effort to provide patients with a form of relief from treatments such as chemotherapy.

Supporter’s of the use of medical marijuana, while pleased with the bill criticized its limitations and methodologies, specifically regarding not allowing the drug to be smoked.