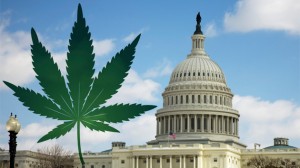 The US law maker- Congress holds the power to determine laws in the nation. That vested power is currently set to decide whether states will have the sovereignty to make their own marijuana policies.

Constitutional amendment that would free these states to make their decisions independently with regard to marijuana is in the offing. The amendment that is pending voting to a Justice Department should determine the fate of marijuana and the free marijuana states.

Reasons why Congress members need to vote this amendment

More than half the total states comprising the United States of America currently have laws that allow at least some use of marijuana. Medical use of marijuana is already permitted in twenty three states as well as the District of Columbia. Four other states currently recognize cannabis and regulate its production and sale to all grownups. Washington D.C. for instance has no penalties for any personal use of marijuana. Neither does it punish persons for possession or cultivation of the plant.

Well over a dozen more states allow patients to be in possession of a certain compound extracted from the marijuana plant and used to suppress convulsion. CBD or cannabidiol is an extract of cannabis that has many medical uses in addition to being an anticonvulsant.  Cultivation of the plant in its industrial state (industrial hemp) is permitted in almost half of all the states.

The federal government still has the powers to prosecute an individual found with marijuana even if their state allows the medical plant. This is causing controversies and is reason enough for the US Congress to now draw a definite line with this plant.

Even a better reason for Congress to approve the said amendment is the fact that the general public has become more supportive of marijuana. A good majority have testified for its medical effectiveness. The same opinion is shared by the business community. Payment processors are already offering Marijuana Merchant Processing services.

Hopefully, these reasons will dawn on the US Congress and make the members vote in favor of the amendment.