Dec 13th will mark the last day of funding for the State Government.  Similarly, time is running out for the law that’s been preventing the Justice Department from meddling with the federal medical marijuana laws.  So unless legislators ratify an extension on this deadline, laws protecting Marijuana Sales will be no more.

Remember, DEA agents won’t be relieved of their duties and will act as watchdogs for the  Department of Justice which may take advantage of the this opportunity and use it to enforce state marijuana prohibition whenever it feels like regardless of federal Laws.

This means the U.S. Attorney General Mr. Jeff Sessions who’s been against decriminalization for a long time would get a lawful go-ahead ( for the first time since he assumed office in Feb)  to order the Drug Enforcement Administration (DEA) and state prosecutors to conduct a crack down on medical pot patients and dispensary owners.

According to the Department of Justice, all DEA agents are “excepted” from vacation because they play a significant role in counternarcotics investigations. The Justice Department’s Government shutdown contingency plan insists that DEA investigations should carry on uninterrupted to ensure ongoing cases remain uncompromised and the safety and well-being of Americans is not put at risk.

And the same applies for state prosecutors. The shutdown plan points out that as appointees of the President, U.S. Attorneys are also “excepted” from furlough. As a result, all employees that are not subject to rest should address urgent ongoing criminal and civil concerns throughout the country.

The medical marijuana budget proviso was first passed into law in 2014, and since then, it has been extended for every successive budget year. In May 2017, Mr. Sessions wrote to congress leaders requesting them not to carry on with the medical pot rider to next year.  In his letter, the Attorney general stressed the need to allow the Justice Department the green light to use all applicable federal laws to fight dangerous drug organizations and traffickers who endanger the lives of innocent American citizens.

These heated debates are enough proof that the government shutdown which is now set to occur could leave medical marijuana dealers in the hands of cruel law enforcers.

Lately, there have been question marks surrounding the Michigan marijuana industry particularly regarding the rules and regulations of operation. On Monday, Gov. Rick Snyder read out rules controlling medical pot businesses two weeks ahead of the start of their review and licensing program under these new laws.

These emergency rules are to stay in effect for about six months until the state settles on the final set of laws. Some of the aspects they regulated include; advertisements, security requirements and the amount of capital one needs to legally venture into different activities i.e. growing, processing, testing, transporting or selling pot.

Previously, the state had given direction on key issues like the fate of already existing marijuana dispensaries operating as legal business, ultimately allowing them to stay open while awaiting a state license in case they get approved by the local community. The Bureau of Medical Marijuana Regulation will start accepting applications from Dec. 15.

Andrew Brisbo, the director Bureau of Medical Marijuana Regulation stated that regulators only made a few tweaks and additions to strengthen weak points but remained consistent with the already existing rules.

Some of the key features are;

If you’re planning to put up your own dispensary in Michigan, consider going through a copy of the new rules to avoid problems with the authorities and hefty fines. The ones listed above are only a few of the 51 rules. 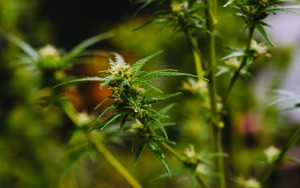 It’s safe to say that the legal marijuana industry has faced many and seemingly endless obstacles. With a new administration, legal marijuana merchants have been holding their breath to see whether the Trump administration plans to snuff out the industry. So far, no news seems to be good news.

Following a visit to Las Vegas in March, Brookings Institution’s John Hudak, an expert on marijuana policy, said it was too early to tell what the Trump administration’s next move would be. After a second visit the end of October, Hudak shared that not much has changed in terms of policy coming out of D.C. Even though much is being discussed about marijuana policy, no further actions have been taken to crack down on the industry.

In early September, President Trump agreed to continue the ban on using funds to interfere in states’ legal cannabis practices in his temporary budget-dealing with Democrats. Although, many are waiting to see what the government stance will be in the coming year. This budget agreement involved approving hurricane relief, federal spending and raising the debt ceiling through the end of the year. It also included a Rohrabacher-Blumenauer clause (a.k.a Rohrabacher-Farr), which serves to protect state medical marijuana programs from federal intrusion until Dec. 8, 2017.

According to Forbes, “The clause stipulates that the U.S. Department of Justice may not use any of its funds to prevent states, the District of Columbia, or Puerto Rico from ‘implementing a law that authorizes the use, distribution, possession, or cultivation of medical marijuana.’”

So what forces are giving pause? After all, the attorney general’s most recent comments included increasing enforcement and having the federal government play its more traditional role. However, no action has been taken. The first possible reason why could be new considerations.

In his interview with The Las Vegas Sun, Hudak explained that “when you’re moving from the Senate into running a very large Cabinet department you have new considerations. You have to think about things in new and different ways, and you have a new constituency. So there’s a learning curve.”

The second consideration seems to be resources. With each day that passes, it becomes harder and harder for the Justice Department to shut down recreational marijuana. There are now many legal medical and recreational marijuana companies throughout the U.S., with more joining soon in California, Massachusetts, Maine and Nevada. The industry has simply become too big to close down entirely.

The bottom line? As more time passes and marijuana businesses are left untouched, those in the industry are becoming more and more hopeful. Only time will tell what the outcome will be for the Trump and marijuana situation. Even so, the cannabis industry continues to be difficult for businesses to navigate. One of the largest obstacles continues to be the lack of payment processing services. Still unwilling or unable to take on the risks, traditional lenders stay away. For marijuana merchants seeking a way to safely process credit and debit card transactions, the best place to secure services continues to be through an alternative provider like Marijuana Merchant Account.