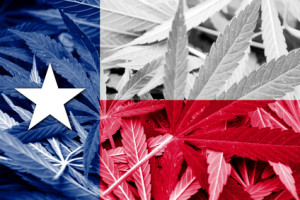 Rep. David Simpson’s feelings on this subject are very different from his colleagues. He will more than likely experience great resistance from within his own party because of his stance on marijuana and its place in the state of Texas.

Simpson has consistently promoted the principles of limited government, individual liberty and personal responsibility. In addition, he is known for his “Christian case” on drug law reform.

In a news release given by his office, Simpson gave the statement that “Current marijuana policies are not based on science or sound evidence, but rather misinformation and fear. All that God created is good, including marijuana. God did not make a mistake when he made marijuana that the government needs to fix”.

Simpson also revealed in his statement that the bill proposes regulating the plant like tomatoes, jalapeños and coffee is regulated. He also expressed the wish for the plant to be able to be utilized for good. He feels that it should be used to help people who suffer from seizures, warriors who suffer from PTSD and other beneficial products.

Rep. Simpson is alone so far in that the only previously filed pot-reform bills proposed this session were by Democrats. The one exception is that there were proposals made by both House and Senate Republicans to allow the production and use of specialized cannabis oil to treat cases of severe epilepsy.

For now, where Texas will come out on the legalization of marijuana is yet to be determined. The war on drugs is not usually addressed by many white suburban law makers, especially a tea party Republican from East Texas. If any Republican would be able to bring the others out of their comfort zone, it would seem that Rep. Simpson would be the one to accomplish it.

Because marijuana is still considered to be a Schedule 1 substance, obtaining services from a traditional financial source for the purpose of operating a business can be very difficult if not impossible. Fortunately, there are other options out there for you.

Marijuana-merchant-account.com, for example, are an online source for high risk merchant accounts, check processing and payment gateways. Their merchant advisors can answer any questions you may have and recommend a solution to you that will help you grow your business and reach the financial goals you have envisioned.

Take advantage of the simple application process, low rates and exceptional customer service.  Apply today to receive marijuana merchant processing for your business so you can start your business smoothly and efficiently.

You are one step closer to success!