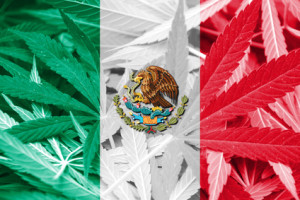 The quantities of marijuana confiscated by the U.S. Border Patrol continues to steadily fall. In 2011, 2.5 million pounds of the drug were seized. In 2014, this amount decreased to 1.9 million. While agents are working hard to keep the border safe, the drop in seizures seems to be from more than just law enforcements’ efforts.

The wave of U.S. marijuana legalization seems to be the big reason for the hit to the Mexican Cartels’ trade. In 2012, both Colorado and Washington State legalized marijuana. Alaska, Oregon and D.C. followed shortly. The U.S. growers have begun to build a budding industry. These gourmet products have even been given exotic names; such as, White Widow, Oaktown Crippler and Golden Goat.

Drug policy reformers have used this as support, saying that the care taken by American dispensaries in labeling their drugs based on how strong they are plus the market shift away from Mexican gangsters demonstrates that people are willing to buy the product from a legal tax-paying business.

As the marijuana industry continues to grow at a pace that has made it the fastest growing sector of the U.S. economy, analysts are trying to determine what the long-term effect on the Mexican cartel finances and violence will be. It will hopefully mean less cash for the cartel to buy weapons and bribe police. In addition, there will hopefully be a continued decline in murders in Mexico.

Even with the industry booming in the U.S. where it has been legalized, the fact that marijuana is still illegal on the federal level means securing business funding from traditional lending sources will continue to be difficult, if not impossible. When some marijuana businesses have encountered this issue, they have turned to alternative funding. Marijuana payment processing has become a great option for business that need a provider willing to work with their “high risk” categorization while also providing them with a fast, simple and hassle-free experience.