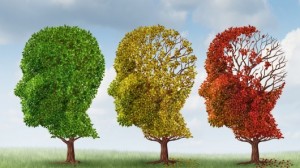 While nicotine has been associated with smoking and the dangers therein recent studies have found that nicotine could be beneficial for patients with neurological diseases such as Alzheimer’s.

The surgeon general’s annual report stated that over 20 million people have died from causes associated with smoking. 87 percent of lung cancer deaths are caused by smoking. As such there has been an effort to educate smokers regarding the risks of smoking cigarettes.

New studies though, conducted by Dr. Paul Newhouse of Vanderbilt University’s Center for Cognitive Medicine, have connected nicotine and improved brain function. The patients in the study had mild cognitive impairment, which is considered a precursor to Alzheimer’s.

The results suggest that nicotine might provide medical benefits when not smoked as a traditional cigarette. Nicotine is a stimulant which activates cholinergic neurons that are common in the central nervous system. Alzheimer’s causes those same neurons to die.

Dr. Peter Whitehouse, a neurologist at Case Western Reserve University in Cleveland, became one of the pioneers in research of how nicotine receptors impact memory. He suggested that if stimulated, nicotine receptors could have a positive effect on patients with neurological disease.

Dr. Newhouses’ recent study found that using nicotine patches on nonsmokers allowed patients to regain 46% of their age-adjusted normal long-term memory. Those patients who did not receive the patch experienced memory decline of 26%.

These results were consistent with a previous study conducted by Dr. Newhouse which found that receiving nicotine intravenously improved memory in Alzheimer’s patients. All of the results were confirmed by memory tests.

While these results seem quite consistent no research has been conducted regarding e-cigartettes and their role. E-cigarettes deliver nicotine in an inconsistent manner and this could change the positive effects seen in the trials where patients had a patch or intravenous injections. In addition, the vapor of e-cigarettes contains traces of carcinogens which are toxic.

A big challenge in proceeding with research is to change how nicotine is perceived. While scientific research has improved how the public perceives marijuana, it might take more time and research before the same happens with nicotine.

Because the pharmaceutical companies were able to change perception laws were changed and people began to use medical marijuana. Medical marijuana facilities needed a safe and easy method for processing payments for patients. The marijuana merchant account is a great solution that allows a secure and quick transaction.