It isn’t just U.S. states that are ready to jump on board – if they haven’t already – with legalizing marijuana. Legislators in the Commonwealth of the Northern Mariana Islands (CNMI), a U.S. territory, recently approved a bill to legalize marijuana.

By a margin of 18-1, with just one abstention, the CNMI House of Representatives passed the legislation. This piece of legislation seeks to end cannabis prohibition for adults over 21 and creates a system of taxed and regulated sales. It would also welcome medical marijuana and industrial hemp.

This is not the first time that the territory pushed for legalization. In May, the Senate approved a similar marijuana legalization bill. The proposal initially cleared a committee in the House, but its advancement was later halted in response to procedural concerns. It was said that revenue-generating legislation must originate in the House.

As a result, House lawmakers made a few changes to the Senate bill and filed a new proposal of their own. This piece of legislation then won approval by the full chamber.

“The people of the CNMI recognize that the prohibition of marijuana has been terribly misguided and harmful, and our leaders are in touch with the public’s sentiment on this issue,” Lawrence Duponcheel of Sensible CNMI said in a statement.

“Today, members of the CNMI House of Representatives showed their commitment to honoring the will of the people.”

If this bill is successfully enacted, CNMI will become the first U.S. jurisdiction to go directly from outlawing marijuana across the board to allowing recreational use. This is very unique, considering that the territory has no existing medical cannabis program; this is something that has been a precursor to broader legalization in a growing number of states.

It will also be an important milestone because it would make CNMI the first to legalize a system of regulated cannabis production and sales through an act of lawmakers, rather than a ballot measure. (Vermont passed a law earlier this year to legalize marijuana possession and home cultivation, however, the policy does not allow for any form of cannabis commerce.)

Justin Strekal, political director for NORML, commented on marijuana reform’s growing popularity with voters in an interview, saying that “The lawmakers and people of CNMI are on track to make history, and more U.S. policymakers would be wise to take notice before the upcoming midterm elections.”

The next step? The CNMI Senate is now expected to take on the House-passed marijuana legalization bill. These changes have the potential to open up enormous opportunity. Are you hoping to expand your operation or launch your business venture? Consider working with the team at Marijuana Merchant Account and jump in on the expansion of the marijuana industry. 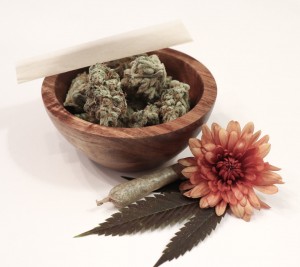 When it comes to the legal marijuana industry, many people assume it’s a small, struggling group of people. While it’s true that the industry has encountered many obstacles and likely has more to face in the future, you might be surprised to hear that the industry is a lot bigger than you previously believed. For example, if your living in one of the legal marijuana states, it might actually be easier for you to find someone to recommend and sell you cannabis than to find a dental hygienist.

According to Marijuana Business Daily, “Cannabis-related businesses now employ more people than there are dental hygienists and bakers in the United States and will soon surpass the number of telemarketers and pharmacists.”

The Bureau of Labor Statistics revealed that there are 204,000 individuals employed as dental hygienists. As of the beginning of this summer, the marijuana industry has 165,000-235,000 full- and part-time workers. Based on the estimates published in the newly released Marijuana Business Factbook 2017, this employment data includes retailers, wholesale grows, infused products/concentrates companies, testing labs and ancillary firms. Impressive, considering that the marijuana industry has only been operating legitimately for a few years (since 2009).

On July 1st, Nevada joined the list of states that have legalized recreational marijuana. This makes them the fifth state – among Colorado, Oregon, Washington and Alaska – to open dispensaries to recreational users. California, Maine and Massachusetts also past recreational measures in November, but are still finalizing their rules.

This growth in the cannabis industry is accompanied by the expectation that the industry’s employment will boom as well. Over Fourth of July weekend in Nevada, for example, recreational legalization led to as many as 1,000 customers each day. Estimates from business intelligence firm, New Frontier Data, anticipate that the market for legal weed may create as many as 250,000 new jobs by 2020.

Even so with the growth of the industry, these businesses struggle to find basic business services, like flexible business funding options and payment processing. With the high-risk categorization of the industry, most traditional providers won’t touch marijuana merchants. This is where alternative providers like Marijuana Merchant Account have stepped in to help. As a high-risk specialist, MMA specializes in providing these merchants with business financing and payment processing solutions.

The hope is that, in time, more and more providers will except cannabis merchants, considering that the industry could explode to $50 billion in the next decade.

Millions are locked up every year for drugs in the United States, and a big percentage of those are for marijuana possession, usage, or manufacturing. The rush of states to legalize pot have made many wonder what happens to those who were locked up before its legality. The green brings pleasure to many and cash to some, and while the Feds still outlaw it, the rapid legalization of states may soon turn the tide on what once was a promising war on drugs.

Legal or not, there will always be pot smokers. The states that have legalized marijuana for recreational use (such as Colorado), and the states that have turned possession into a simple ticket (New York) are setting the stage for the rest of the United States to bring leniency to the users to the drug. What separates marijuana from drugs such as ecstasy, cocaine, and heroin, is that marijuana is grown and dried, with the majority of the time no additives. No processing other than sunlight, and no kitchen chemicals. While the new legality in many places should affect the prison sentences of pot dealers, traffickers, and users, it more than likely will not. In the early 2000s, Congress passed laws to bring leniency to crack cocaine prison terms. This change did nothing to tens of thousands who were already incarcerated for the crime, and the same will probably happen with marijuana.

However, these new legalization’s make it a great time for a merchant to hop onto the medical marijuana bandwagon. Twenty-three states, plus Washington DC, have legalized medical marijuana, and others, such as Colorado and Georgia has legalized medicinal cannabis oils for certain chronic and terminal conditions. This is a rewarding industry, and it can be lucrative, as well. While rewarding and lucrative, it can be a pain in the neck to file a reputable medical marijuana payment processing account. Luckily, it can be done if you do your research. One of the top-rated over the last 10 years is MMA. Ten years is a long time in any business, and the knowledge of MMA’s staff can help you get the right foot in the door with the local governments to ensure your medical marijuana business is not only following the laws, but also following payment processing mandates, as well. 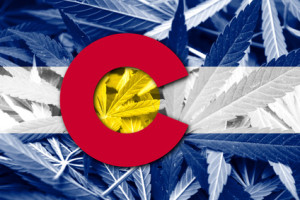