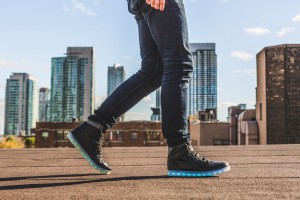 With each state that legalizes marijuana use, opponents express their concern that it will lead to a spike in drug abuse and crime. Cannabis activists, on the other hand, continue to proclaim the benefits of legalizing marijuana. So, who is right? Or do both sides have a valid point? Will legalization hurt America’s youth by increasing drug and alcohol abuse in young people?

A new working paper by researchers from the Consumer Financial Protection Bureau, Harvard University and Western California University shed some light on this issue. According to this study, liberalized marijuana laws have little positive or negative impact. The findings of this paper – distributed by the National Bureau of Economic Research – are based on annual surveys of high-school seniors. This ongoing study of American youth began in 1975.

However, other researchers have identified certain facts and statistics that involve both positive and negative effects. Some of the positive effects of more liberal marijuana laws include:

Some of the less positive results include:

At present, the marijuana industry is stuck in a tug of war. The beginning of September, the U.S. house rules committee blocked an amendment that would protect medical marijuana patients. To complicate matters further for the industry, Attorney General Jeff Sessions has indicated a willingness to go after businesses and individuals involved in the industry – in states where cannabis is legal for medical and/or recreational use.

Amidst this struggle, marijuana merchants are dealing with their own set of obstacles. Under strict federal regulations, merchants are unable to secure processing and funding from banks and other traditional financial institutions. Trying to avoid the danger of operating in cash only, many merchants turn to an alternative provider like Marijuana Merchant Account (MMA). In as little as 24 hours, these business owners can secure the medical marijuana merchant account they need to process debit and credit card transactions, accept e-checks (online and by phone) and obtain business funding.