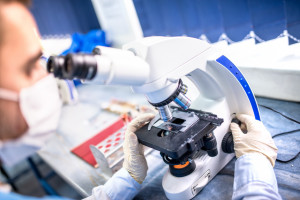 With medical marijuana legal in 25 US states, the federal government has to rethink their standing on the subject. Although medical use of cannabis is legal for certain states, it remains a schedule I drug on federal grounds. This makes research nearly impossible. As more and more states are legalizing the drug and allowing it to be used as a medical substance, research is becoming of utmost importance.

A new house bill aims to add a new schedule to the Controlled Substances Act. As of right now, marijuana is classed as a schedule I drug, which leaves very minimal wiggle room for research. The new bill aims to create a new schedule IR, which would allow research to be performed on the drug. This would create a whole new world for medical marijuana use with scientific facts to back up the benefits that it brings to the table.

As of right now, medical marijuana dispensaries are considered high risks due to lack of research and federal laws that still view it as a schedule I drug. This requires medical cannabis businesses to resort to getting a high risk medical marijuana merchant account. Ultimately, businesses pay higher fees and have to spend lots of time simply searching for a bank to get them approved for a credit card processing account.

If the new bill passes, the drug would remain a schedule I drug for most uses, except for research purposes. Research could be done with much more ease, allowing this industry to grow as a whole. With adequate research and scientific facts to back up the benefits, medical marijuana could become a fully decriminalized drug much sooner.

In the meantime, it remains a touchy subject with the two governments on different grounds. Although marijuana remains legal in 25 American states, it’s still illegal on a federal level. This makes it incredibly difficult for dispensaries and even growers to remain legal 100% of the time. While the federal government is beginning to rethink their standing on the issue, nothing is certain. We will have to wait it out and see what comes from this new research bill.