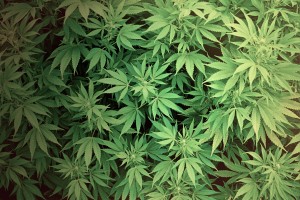 Marijuana cultivators illegal and legal in Northern California are possibly draining all the water from a region that is shadowed in drought. The streams and rivers are already running dry and the cultivators are sucking what little water is left out of them.

California Department of Fish and Wildlife are finding streams that will probably dry up this year, and the agency feels it is more than likely the marijuana cultivators behind this serious problem.

“Essentially, marijuana will consume all the water that is left, every bit of it, “said State Fish and Wildlife Senior Environmental Scientist Scott Bauer, who specializes in salmon recovery who is currently working on a study of this problem. Hopefully these finding will be released soon, and we will know the real impact of this unregulated industry.

California has been on the radar for a while for polluting the streams and the forest with the use of pesticides and trash. California also has had a history of bulldozing trees and earth to make clearings for gardens.

A red flag goes up when the State Fish and Wildlife see a huge spike in water usage; this is usually an indication that there is a very big possibility that you will find a pot cultivation operation being run.

Over time this increase in water usage will add to the drought conditions, which in turn will add to the habitat degradation and kill off the restoration efforts that many have worked to replenish, and replace.

“The destruction of a habitat is actually quite staggering” said Patrick Foy, a spokesman with the State Department of Fish and Wildlife. “Last year, 24 North Coast salmon-bearing tributaries were reported to have gone dry, though not all were verified by the agency” said Bauer

Even if California was not having a problem with drought there still would not be enough water for the marijuana cultivators because the plants require a vast amount of water and the industry is growing rapidly.

Illegal marijuana was confiscated in California by law enforcement recently it totaled between $2-4 million dollars annually it was estimated that the cultivators used 1.8-billion gallons of water over a five-month growing season which was based on the average water usage documented in a study.

Satellite images, give researchers the information they need to determine that approximately 30,000 legal and illegal marijuana plants are growing all along the four major watersheds just in Mendocino County alone,  and there are probably tens of millions more in neighboring Humboldt and Lake counties.

Each plant consumes an average of six gallons of water a day, so the plants in question located in Mendocino County probably consume 180,000 gallons a day from each watershed, which is the size of a 160 foot Olympic-sized pool/spa.