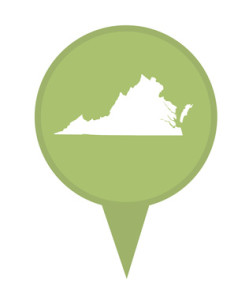 Virginia Governor Terry McAuliffe signed into law a Virginia bill legalizing cannabidiol for patients suffering from severe epilepsy. Cannabidiol is a non-intoxicating form of cannabis that is used to combat certain mental disorders as well as physical conditions. Virginia is now the 12th state in the past year to legalize cannabidiol. Yet, critics of the bill claim that it’s essentially a paper dragon signing as cannabis production is not legal within the state.

Cannabidiol is non-psycho active meaning it does not intoxicate users to feel a high. Unlike THC, this means that users of canibidiol have minimal side effects making it a preferred option among healthcare providers. Cannabidiol does not interfere with mental facilities because it does not use the same pathways within the brain as THC. Cannabidiol even goes so far as to serve as a foil for the negative side effects of THC such as paranoia and and memory impairment.

Research studies on human subjects have been extremely limited with cannabidiol. To date, the overwhelming majority of clinical trials have been on animals. However, in those trials, cannabidiol has shown positive results in reducing nausea and vomiting as well as combating cancer tumors and cells making it a natural research choice for cancer research efforts. It also combats psychosis disorders, is an anti-convulsant, an anti-depressant, and effective against neurodegenerative disorders.

Organizations supporting legalization efforts around the nation decry the bill as useless as cannabis production is illegal in Virginia. Federal law prevents cannabis being transported across state lines meaning that while its use is legal in Virginia, in order to supply it federal law must be broken at some point along the way. This creates a highly risky environment for merchants in an already risky industry.  As it stands now, merchants have a hard enough time finding medical marijuana payment processing for their business much less dealing with Federal laws restricting their supply. The high risk nature of the industry creates complications not present in other industries that further impair the market’s development.

While the headline seems like a positive step, the reality is the lack of reconciliation between state law and Federal law make the signing a moot point. Legalization for cannabidiol is a positive step for medical marijuana patients, but access to cannabidiol remains a risky proposition. Thus, the Virginia Governor’s decision is not widely lauded as a major step forward for legalization efforts within Virginia.