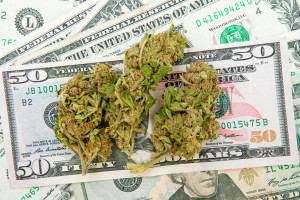 Banks have historically been mostly unwilling to work with different state-legal marijuana dealings across the US. Their cageyness has been founded on the fear of being implicated as cash launderers. This has traditionally forced marijuana-related businesses to trade exclusively on a cash-only basis, which always comes with some risks. It puts both the venders’ as well as the buyers’ safety at risk of being subjected to burglars.

Following the government’s gesture towards a free marijuana economy, some banks in the US are now opening their doors to businesses related to marijuana across the nation. They have however shown considerable caution in their acceptance of these business dealings. They remain wary of the dealings. Some of them have conversely continued to shutter the accounts run by marijuana businesses that’s presenting the marijuana merchants with challenging medical Marijuana payment processing across the country.

As a result, it encourages auxiliary account service providers such as MMA to step in and offer payment processing services to Marijuana dealers.

Details from a New Report

A new report from the Treasury Department’s Financial Crimes Enforcement bureau obtained by Dynamic Securities Analytics, a financial regulatory analytics firm now presents information regarding the undercurrents of the marijuana-banks relations over the recent business period.

The reported data reveals that financial bodies in different US states have filed over 1,700 reports on marijuana-related businesses in compliance with the FinCEN guidance. The guidance present details to direct the activities of the banks as they deal with marijuana related businesses. According to the report, this is the number of businesses being offered traditional banking services.

The businesses are said to be in full compliance with federal guidance and their various state laws according to the banks.

The FinCEN guidance directs that banks working with state-legal marijuana traders must report their undertakings in a report termed “suspicious activity (SAR)”.

The SAR has three classifications namely ‘limited’, ‘priority’ and ‘termination’. If a bank files the ‘limited’ SAR, it means that they are working well with the businesses related to marijuana and the businesses have not shown any evidence of violation of state laws or federal guidance.

In the recent report, over half of the total number of SARs reported (3,157) were classified as ‘limited’. Nearly the same number of banks are also said to be filing the ‘termination’ report. This means that they are quitting services extended to the marijuana related businesses.

This is their way of maintaining compliance with federal rules on money laundering programs. A total of 313 SARs filed were of the “priority” classification. They are banks that believe the marijuana businesses they are working with may have been in violation of certain state laws or the federal guidance.