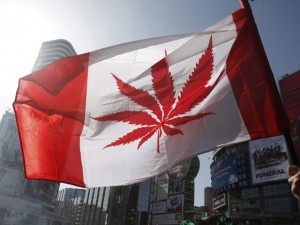 While the medical marijuana industry is taking small steps in the States, it is experiencing unexpected growth in Canada. As the industry is presently experiencing in the state of Colorado, it is difficult to raise money and find funding especially when trying to start a marijuana-related business.

According to the article Crowdfunding Site to Provide New Financing Option for Cannabis Startups, Marijuana Projects by MMJ Business Daily, “Landing loans and investments is so tough that more than 80% of cannabis business owners rely solely on their own personal savings and credit cards to launch their operations.”

Canada, however, is experiencing a higher level of investment interest than was anticipated. It was the goal of PharmaCan’s CEO, Paul Rosen, to raise $5 million. However, according to Rosen himself, the response he received was “overwhelming”.

PharmaCan, an investment company, is invested in The Peace Naturals Project and the Whistler Medical Marijuana Corporation. Both of these institutions have received licenses from Health Canada which allow them produce and distribute medical marijuana. In a statement to MMJ Business Daily, “Rosen said he is confident that a third company he’s invested in – Vert Medical/Green Medical – will also receive a production license.”

When PharmaCan began its venture for financing, it did not expect to receive the kind of response that it did. To Paul Rosen’s surprise, the company not only met its goal of raising $5 million but surpassed it by reaching $9 million. In total, PharmaCan has seen $10 million in marijuana investment during the past year.

On April 1 of this year, Canada expects to kick off its new medical marijuana program. In addition to this big step, a federal judge has ruled that Canadian home growers are permitted to continue to grow their own marijuana. In the article Huge MMJ Interest in British Columbia, But Bans Possible by Marijuana Business Daily, it was reported that “Health Canada is currently accepting license applications for medical marijuana businesses, and about one quarter of the country’s 450 applications for commercial cultivation of cannabis have come from British Columbia.”

All in all, it will be interesting to compare the growth of the Canadian marijuana industry with that of the U.S. after some time has passed. With the overwhelming amount of support and investment the industry has received in Canada and U.S. firms looking to tap the Canadian medical marijuana market, it looks as though it is well on its way to becoming a booming industry for the country.