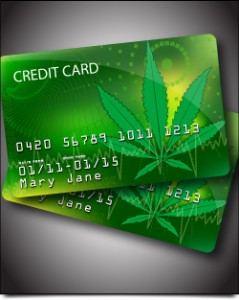 It has been said that the reason behind the recreational marijuana stores in Colorado allowing credit card transactions from its customers is primarily down to Visa and MasterCard’s decisions to not enforce their own rules. This may have sparked from the August 29th Cole Memo in which the government said it wouldn’t pursue criminal charges against companies working legally within state laws. Taking this into consideration, is it possible that credit card companies are becoming more lenient towards the cannabis industry because of the government’s ever-developing tolerance towards it?

Another factor to take into consideration when thinking about the relationship between credit card companies and cannabis businesses is the increase of marijuana merchant accounts that are readily available to many businesses, just like the recreational marijuana stores in Colorado, as a significant example.

Although the federal government still consider cannabis as being ‘illegal’, they have certainly loosened their grasp on this law over the years. The law itself still stands, but the government have begun to rely on local bank acquirers to determine whether a transaction is illegal or not. Visa said in a statement to the Wall Street Journal that it does still follow the rules made by the federal government, which actually considers the cannabis situation to be ‘an evolving legal matter’.

Despite the almost lenient attitude these days towards cannabis businesses in the USA, from both credit card companies and the federal government, it’s still definitely a work in progress. Lance Ott of Guardian Data Systems has said that he does not believe the credit card companies are changing their attitudes at all, but are instead allowing marijuana business take advantage of any loopholes they can find. Despite this, the situation is certainly less strict than it has been in the past, and this only proves how accepting the world is becoming towards marijuana use.