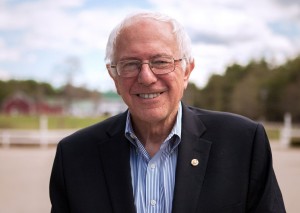 Senator Bernie Sanders from Vermont is pushing his fellow senators to legalize marijuana nationwide. While this isn’t a shock due to Senator Sanders views, it does show that the American people may be ready for a change. Sanders is rising in the polls in many states, and his message is coming across loud and clear. While the bill seems promising, there is a catch involved.

Senator Sanders bill looks to federally legalize the drug, but allow states to decide if it will be legal in a medicinal or recreational fashion. According to Senator Sanders, “In my view, the time is long overdue for us to remove the federal prohibition on marijuana. In my view, states should have the right to regulate marijuana the same way that state and local laws now govern the sale of alcohol and tobacco.” Oregon is the most recent state to decriminalize the drug, when sales started back on October 1st. While many argue that pot is harmless, others argue that it is a gateway drug. Doctors, users, an scientists have argued for years – and will continue their arguments – in support or opposition. The fact is simply this: More and more states and legalizing the drug in some form, and it is lucrative. In this country, money talks, and when the tax revenues go up, more states may take notice and look to legalize the drug.

Sanders bill would have a huge effect not only for those looking to buy legal pot, but also for those who are selling legal pot. Marijuana merchant account services would have an easier time accepting payments if his bill passes and is signed into law. Currently, card companies are processed through banks, and banks are controlled by the government. Since marijuana is currently a federally illegal substance, these companies have issues processing check, credit, and debit card payments. This leaves many with “Cash Only” businesses which are hazardous and typically do not bring in as much business as those who do accept checks and plastic card payments. Merchants need to make sure that their merchant accounts are housed by a company that is experienced with legalized marijuana sales, like marijuana-merchant-account.com. This is a hard industry to contend in, and your best shot at succeeding in its ever-changing world is to make sure that your marijuana merchant account provider is the working to educate you to these changes, and supports you along the way.