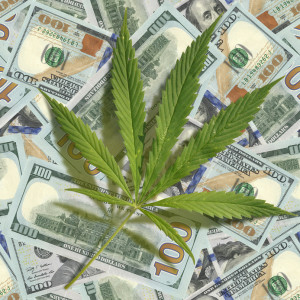 While some in the media – and well-paid lobbyist – want to convince you that pot is evil, our police have a different take on the drug. The DEA released its annual survey of law enforcement officers from around the USA, and found that marijuana is the least of their drug worries. Literally, the least, as it came in last with only 6% of the surveyors saying that it was. While marijuana has never been at the top of the list, it was in the middle in the early to mid-2000s. While consumers have a relaxed view on pot, it’s interesting to see that it isn’t the biggest worry for police, and this could have an overwhelming effect on the government and its stance on the drug.

It should not be a surprise that heroin was named the most worrisome drug, with 38% of the vote, followed by meth with 33%. With its measly 6% of the vote, marijuana either is typically in the news for its legalization in states, or attempts to keep it illegal. Ohio just struck down a vote to legalize medicinal and recreational marijuana, though most states who have offered the vote to its citizens have faced a different outcome. The tax revenue the drug brings in (it is currently taxed at 10% in Denver, Colorado) helps tremendously, as does marijuana tourism. Even so, it is still a federally-illegal drug. This complicates things for those who wish to travel outside a certain area with the drug, and those who wish to fly home with it are liable to be arrested. But this change in law enforcement’s eyes could lead to a change in the Fed’s way of looking at pot.

Coincidence or not, Senator and Democratic Presidential Candidate Bernie Sanders from Vermont introduced legislation to decriminalize pot federally. This, plus the DEA’s survey findings, could lead to a change. However, the recent turn-down of legalized pot in Ohio may prove fatal, as elected officials are careful not to bite the hand that feeds when it comes to voting for things that their constituents are against. Regardless, legalized marijuana is expanding in various states every few months. In October, it was Oregon. In January, it will be Alaska. This leads to new and exciting business ventures. Marijuana merchants know that this is a very lucrative – but troublesome – industry. The main trouble comes from the banks that process payments, as they are controlled by the Feds. Merchants need to look for an ACH check processing source, like marijuana-merchant-account.com, that is experienced with legalized marijuana sales, to help keep their new business account operating smoothly.