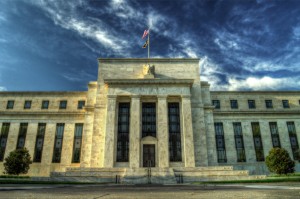 The U.S. Federal Reserve stated in a Colorado court that it won’t accept money made from the sale of cannabis since it is still an illegal drug under federal law. The Federal Reserve also asks to dismiss a lawsuit brought against it by the Fourth Corner Credit Union wanting to service a marijuana business.

Currently, 20 states and the District of Columbia allow the sale of recreational and medical marijuana. But its production, sale, and distribution are still banned under Federal law. In states that do allow cannabis production and sale, merchants who want to do business with banks are still having a difficult time acquiring merchant accounts. Regulations state that banks who do business with cannabis merchants are responsible for monitoring them and ensuring compliance. Banks are then required to report any suspicious activities. The heightened level of oversight and sizeable fines if banks miss illegal activity, are more than enough to keep most banks away from cannabis accounts. Still some smaller, usually local institutions, do offer small merchant accounts.

But as the market expands and the profits of cannabis merchants grow, the needs for larger institutional resources becomes more pressing. That’s why some states are still fighting to bring banking services to the industry. The state of Nevada is currently trying to create marijuana-focused “thrifts,” and California is still pushing for a state-run bank.

Despite these efforts, most in the industry know that the market won’t realize its full potential until the federal government passes laws that clearly protect financial institutions who work with marijuana companies.