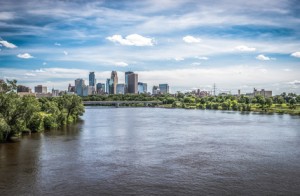 This is the perfect time to cash in on the medical marijuana field. However, regulation are strict.  So far, only 11 physicians have registered for the program, and currently the only registered dispensary will be in the old League of Catholic Women building. He site, according to www.cannabisactivistnetwork.com, will be staffed “with nurses and pharmacists, ready to talk patients through their options”. The program is one of the strictest regulated medical marijuana programs in the United States. Patients must have certain conditions, which range from epilepsy, cancer, and glaucoma. The drug will also not be sold in its original “grass” form, but rather in pill and oil form. Cannabis oil has gotten press lately, because of its near miraculous effects it has on children with severe epileptic episodes and children with autism. Autism is not covered under Minnesota’s law, but as we all know, laws can change.

Those who are looking to embark on the medical marijuana industry need to make sure that they understand the market. It is strict to begin with, as marijuana in any form is still illegal in terms of federal law. Congress has taken action that prohibits the fed (perhaps most importantly, the DEA), from searching, seizing, and spying and medical marijuana merchants. Another issue comes from banks and processors. You need to make sure that you have a good medical marijuana merchant account, like the one offered by MMA. A medical marijuana merchant account will allow you to accept plastic card and check payments, whereas without one you are pretty much limited to a “cash only” business, which is dangerous. “Cash only” businesses have a higher percentage of robbery, and once that cash is gone, it is gone. The industry is great, but there is a lot of thinking that you need to do before jumping into it.