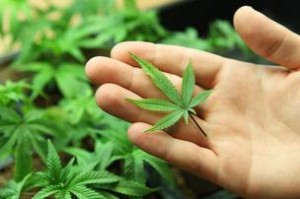 ResponsibleOhio cites the state’s wasted money in failed anti-drug enforcement as one major reason for alternative solutions. Ohio spends over $120 million each year on drug law enforcement that is ineffective against the casual marijuana user. The group also claims that a recreational marijuana industry would create jobs, increase safety of marijuana users, and offer more freedom to Ohioans.

Jump starting the fund raising process isn’t the only roadblock for investors. The amendment has already been turned down once by Ohio Attorney General Mike DeWine once. ResponsibleOhio changed their proposal per DeWine’s advice and, if approved, will need to be deemed acceptable by the Ohio Ballet Board. Finally, over 300,000 signatures must be collected from Ohio voters before July 1st. If these requirements are met, the amendment would be included in time for the November ballots.

Aside from the difficulties getting it onto the ballot and legalized, any potential merchants in the recreational marijuana industry in Ohio would need to navigate the discrepancies between state and Federal law. Banks rarely process credit and debit payments for marijuana businesses due to legal risks facing the business. This causes most marijuana merchants to seek out specific marijuana merchant accounts from other merchant service providers.

ResponsibleOhio’s aims to have an amendment in place in time for November balloting clearly have the support of investors. With $36 million at their disposal, hopes for getting the bill in place and ready for Ohio’s 11.5 million residents improve. Obstacles and road blocks remain, but the investor groups backing ResponsibleOhio clearly mean business. If approved, Ohio would be well on its way to being the next state to open itself to the profitable recreational marijuana industry.

We’re ready to help with your marijuana merchant account, when you are.