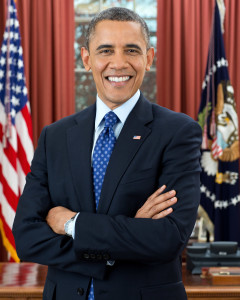 President Barak Obama addressed Kansas City –based KMBC in February about how states could legislate their marijuana laws so that they discourage marijuana use, but don’t impose excessive penalties on recreational users. These comments come at a critical time for marijuana legislation in the country, as a growing number of states are decriminalizing or legalizing the drug. While some states have decided to stick with the current war on weed, others are looking at the drug as a source of new revenue for struggling state.

The comments come after Washington voted to decriminalize the use of small portions of marijuana. Obama defended the move despite the objections of some Republicans. He noted that while states should not encourage marijuana use, they should make a distinction between heavy drug users and recreational users.

Support for marijuana legalization is not only found in the Whitehouse and amongst marijuana users, but is being considered by multiple states in the Union. Desperate state governments are now taxing marijuana, and using the revenue to revamp necessary state programs. Legalization and decriminalization efforts have also cut spending on law enforcement, legal costs, and prison sentences.

Last August, Deputy Attorney General James Cole released a memo that basically ignores the Controlled Substances Act if a specific state has legalized marijuana use. Currently, more than 20 states have either legalized or decriminalized the use of recreational or medical marijuana. Some individuals in these states have started profitable businesses selling medical or recreational marijuana, but are having a difficult time expanding their businesses because most banks refuse to work with them.

Without access to a recreational or medical marijuana payment processing, merchants cannot process checks or credit cards. This means that products can only be purchased with cash, limiting merchant potential to expand online.