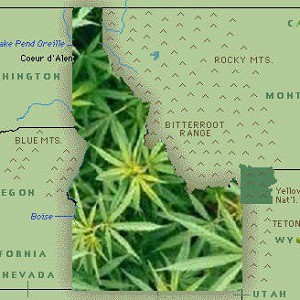 Marijuana advocates are taking another shot at legalizing marijuana in Idaho. After failing to acquire the signatures needed to get a marijuana initiative on the ballot in 2012 and 2014, advocates believe they have a shot in 2016. New Approach Idaho, a combination of Moms for Marijuana International and Compassionate Idaho, plans to bring a new initiative for the legalization of medical marijuana, but the advocacy group has a long road to travel.

The state of Idaho has some of the strictest marijuana laws in the United States. Possession of marijuana and possession of paraphernalia can carry up to one year in jail in the Gem state. Add on 6 months if a person is convicted of public intoxication. Also the Idaho state legislature made a definitive public statement pledging the opposition of any form of marijuana legalization in 2013.