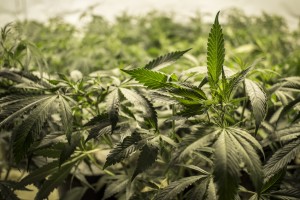 For everything under the sun, if state and federal law contradict each other, the Feds win. However, new court cases are challenging this rule, and the cases involve marijuana. Legalized marijuana merchants have a tough time finding everything from funding to marijuana payment solutions, so state law typically helps these merchants. However, the banks are held close by the Feds, so you see why this is a problem. With preemption arguments about to open, will the marijuana industry set precedent for other types of conflict in the courts?

Preemption concerns the conflict of state and federal law if a “conflict” arises between the two. With marijuana, the conflict is state legalization and the federal illegal status. The status of preemption concerns the “conflict” issue, wanting a clear definition of what a conflict actually is. Many claim that there is no conflict; that the Feds want their way, and the state (i.e. the citizens of the states) have voted to amend the law. They claim that no conflict exists, so federal preemption should not occur, and state law should take precedent. Congress has expressly indicated that its intention in enacting the Controlled Substances Act was not to totally preempt all state drug laws. States have long enacted their own criminal laws relating to marijuana possession, so there is no conflict. Or, at least if there was conflict is should have brought up decades ago.

There should be something said for state citizens who have voted to legalized marijuana. Not all states have legalized it via a vote; the attempt failed in Georgia a few years ago, even though medical Cannabis Oil has been hot new as of late. With our upcoming Presidential election looming, and many wanting a “non-insider” politician, will this have any effect on the ruling on federal preemption? Probably not, since the courts will rule before November. However, it will be interesting to see the effect the entire process has on, well, everything. From consumers to merchants to banks, and even politicians, this ruling will have a major impact one way or another.