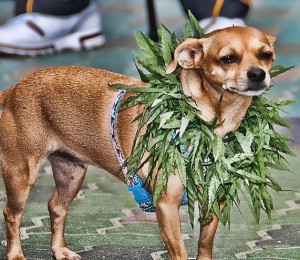 Support for legalization is being increasingly popular amongst a wider audience.The attitudes towards marijuana use are seeing positive light in the United States from supporters that don’t even use the drug. More research in recent years suggest that Marijuana should become legal for recreational and medical purposes.

The controversial topic on marijuana use is still on the hot seat regarding legalization. While four states and the District of Columbia have already legalized marijuana for recreational use, with more than a dozen states decriminalizing it, there seems to be a continuous push and pull on the official legalization of the drug.

The latest national poll from Pew Research Center suggests that 52% of adults in the US now favor legalization. Both parties, must understand that with legalization comes strict regulation. Support from both users and non-users stem from many viewpoints and beliefs. The big reasons for legalization are based on support for liberty, eliminating arrests, raising tax revenues, and reducing black markets and the corruption and violence associated with it.

Some national studies have reported that about two-thirds of the young adult population has used an illicit drug in their lifetime. In regards to marijuana, the population shouldn’t be arrested for trying a drug.

Support is also reaching a wider audience because there seems to be a deeper understanding of marijuana use and its effects. The general public sees that it can be used recreationally in a responsible matter. More people are agreeing that the drug is not of the same extremity as cocaine and should not be arrested the same as drug class.

With more marijuana dispensaries opening throughout the states, it is the right time to open high risk marijuana merchant accounts.  Business is booming in the marijuana industry and with more people willing to try it, you will need more options of payment.  Supporting the legalization of marijuana is not condoning use, but it is opening an avenue for economic revenue.