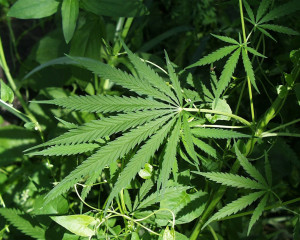 For some time, businesses have been waiting to see the outcome of The Fourth Corner Credit Union’s request for a master account with the U.S. Federal Reserve. The master account would allow the credit union to work with marijuana companies looking for a bank. However, The Fourth Corner Credit Union, located in Colorado, has been denied a master account by the U.S. Federal Reserve, despite having state backing; this threatens to close yet another avenue for cannabis businesses that are struggling to secure a bank account.

Before this denial, the Fourth Corner had lined everything up with the state of Colorado. Last November, it received a charter from the state while waiting for the National Credit Union Administration to sign off on insurance and for the Fed to issue a master account.

With this denial, The Fourth Corner Credit Union has filed a lawsuit in federal court that challenges this decision. According to the New York Times, the credit union says that it wants “equal access” to the financial system. This has become the latest in setbacks for marijuana companies that are looking for a bank to do business with.

Due to marijuana’s classification as a Schedule I drug, banks are extremely hesitant to do business with anyone in the industry. According to the Drug Enforcement Administration (DEA), Schedule I drugs, substances, or chemicals are “defined as drugs with no currently accepted medical use and a high potential for abuse”. As a Schedule I drug, marijuana is listed with heroin, lysergic acid and diethylamide (LSD), ecstasy and several others.

While medical and recreational use have been legalized in many states, it is still very much illegal on the federal level. Worried about what this might mean for them, banks refuse to work with marijuana companies. This has forced many of these companies to operate cash-only or to seek alternative means of funding and payment processing.

Thankfully, alternative providers have worked well for many marijuana companies. Medical marijuana merchant accounts by high risk providers have actually become more accessible than an account with a traditional source. High risk providers like Marijuana Merchant Account (MMA) have a simple, fast and hassle-free application process along with minimal documentation, unlike the experience of working with a bank.