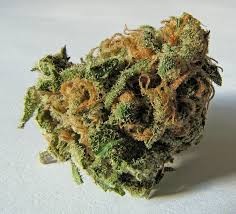 It is well known that medical cannabis is big business for California. However, California’s history with the regulation of medical marijuana has been described as being subpar and disjointed, at best. After the fiscal analysis by the office of California Attorney General Kamala Harris was released, a Stanford Law class decided to draw up their own report analysis that outlines what the state should do to ensure that regulation, taxes and distribution of recreational marijuana is done properly.

The report, Analyzing Alternative Laws & Policies for Psychoactive Drugs Seminar, was presented by Stanford Law Professor Robert J. MacCoun’s law practicum. The report states that the intentions and the conclusions of the paper were not aimed at providing a recommended policy. The goal was to inform the public debate and highlight certain, important issues that might not have been otherwise widely recognized and understood.

The report covers three main areas: labor relations, regulation and taxation. While the nine students in the practicum did not adopt specific positions, they did draw some specific conclusions concerning these issues.  For example, in their opinion, one of the most pressing issues is the tension that continues to build between federal prohibition and state legalization.

One of the proposed solutions is to regulate and enforce laws through a single, integrated agency. This agency can be an existing state organization or a newly formed independent commission. Another option is to enforce and regulate laws through utilizing the strength of multiple agencies. This conclusion was drawn from the troubled history California has with trying to regulate medical marijuana. The thought of a powerful, well-informed (preferably independent) agency regulating recreational marijuana is thought to be a step in the right direction.

The report when on to cite the numerous tax bases that are being utilized in Colorado and Washington where recreational marijuana is already legal. The pros and cons of a high and low tax rate were then examined. A high rate was felt to limit the negative consequences that are associated with marijuana consumption. On the other hand, it could limit the amount consumed. Too low of a tax rate could mean that the government cannot obtain a meaningful revenue. On the other hand, it could help to eliminate the black market.

For the sake of the marijuana businesses, many are hoping that the divide between federal and state will be one of the first issues to be addressed. Entrepreneurs are struggling to even get their businesses started since banks are hesitant to offer merchant accounts with the regulations they must follow on the federal level. For now, businesses continue to turn to marijuana business funding as an alternative solution to their payment processing needs.