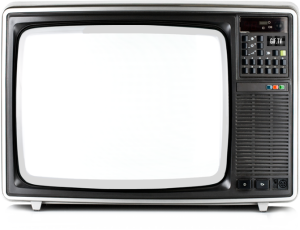 The first television ad for recreational marijuana was produced this month, but was yanked at the last minute due to legal concerns. The ad for Neos, a producer of cannabis vaporizers and oils, was supposed to air in Denver, Colorado. The spot shows young adults partying in clubs and in nature and states, “You lead an adventurous life, always finding new ways to relax.” The spot ends with a group around a camp fire and the slogan, “a bold new way to unwind. Neos, recreate responsibly.” Even though the ad does not show cannabis or any type of paraphernalia, the federal government still considers pot illegal, therefore the spot was not allowed to air.

Pot has been legal in Colorado for a few years, yet legal cannabis operations are still not allowed to advertise their products on the medium that will reach the most potential customers. This isn’t the first time, nor will it be the last, that state’s rights have butted heads with federal regulations. Recreational marijuana is legal in Colorado, Washington, Oregon, Alaska, and D.C. And 20 more states have legalized medical marijuana. Still this disconnect between federal and state laws has created a variety of problems for advertising and for banking.

Despite the fact that the Obama administration has pledged not to interfere with individuals or institutions that consume or sell cannabis legally, many banking institutions are still leery of opening cannabis merchant accounts due to heavy liability if merchants conduct illegal practices.

Marijuana advocates believe it is just a matter of time until the federal government decriminalizes or legalizes at least medical marijuana nationwide. After all, this July the Canadian Supreme Court ruled that medical marijuana was legal in both consumable and inhalable forms. The ruling was a huge win for individuals who prefer to consume marijuana in less invasive forms like through food or candy.

For fast and dependable marijuana merchant accounts, contact us now.