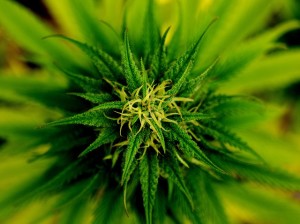 We all know that banks hate legalized marijuana merchants, be it recreational or medical. These industries are “high risk”, and God forbid that one actually succeeds. The Ohio Banker’s League recently voted to knock down Issue 3 which would legalize both medical and recreational marijuana in the state. According to the Ohio Banker’s League, they fear a backlash over the clash between Federal illegalization and state legalization, because banks are regulated by the Feds. This is a legitimate quagmire for the banking industry, but it brings forth issues for merchants, if the industry is legitimized in Ohio.

This vote leads to the possibility that is the marijuana industry is legitimized in Ohio, it would be a “cash only” operation. While banking systems have never been fans of “high risk” merchants, the impact of not providing processing capabilities to marijuana merchants could wreak havoc. The volume of sales this industry brings in could help the state, but if it is “cash only”, the state will not reap as many benefits as it would if it were a “regular” processed retailer. For many states, this good has outweighed the negative aspect of being a federally outlawed industry.

If Ohio legalized medical and recreational marijuana, merchants will not only have to locate a marijuana payment processor, but many will eventually need marijuana business funding. Since banks will not be handing out loans, and few of us have a rich uncle, the search for a marijuana business funding source can be tough. There are companies available, such as MMA, that provide marijuana business funding. Some younger merchants in other states are getting creative with their funding search, using GoFundMe and other online fundraising sites to kick start their search. The problem with GoFundMe and other sites is that they can be at the mercy of the Feds, since money can be donated from people in other states – and even other countries.

While the Ohio Banker’s League opposes marijuana legalization, many in the state are in favor of this lucrative venture. Only time will tell if it is legalized, but if it is merchants will need to make sure that they find a good marijuana merchant account, as well as a marijuana business funding source, because the banking industry will not be catering to their new businesses. The search can be tough and long, but it is necessary to make sure that your business account is in the right hands.