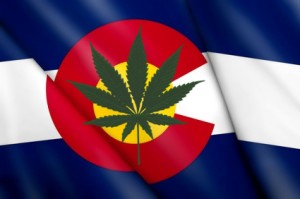 Recent changes to Colorado’s recreational marijuana market has created a boom in the industry, but has left some afraid of over-saturation. Last October, the state ended its vertical integration rule and opened the market up to new entrants. Although the move has spawned a plethora of new businesses, it has also started conversations of impending price collapse and a fear that merchants will turn to the black market to reap lost profits.

Many growers believe the influx of new entrants will lead to a price collapse in the coming months as stand-alone growers increase competition and flood the wholesale market. On January 1, 2014, only medical marijuana facilities were granted Colorado permits, but last summer the state opened up the application process to businesses who were previously ineligible. This ended a crucial requirement that recreational shops grow at least 70% of the marijuana they sell.

Since the change, the number of recreational licenses in Colorado has jumped by 35% (870 licensed businesses). With this much added competition, fears of price declines may be well founded. According to Cannabase, an online marketplace that pairs growers with retailers, the price of recreational marijuana plummeted $600 per pound between September and December of 2014, while supply jumped at the same time. Cannabase CEO, Jennifer Beck, adds that the margins are now being squeezed in the state which could lead to a price crash.

Michael Elliot, the executive director of the Marijuana Industry Group, is concerned that the price drop could lead to desperate cultivators to turning to the black market to get better prices. If this happens, it would be a violation of one of the core eight principles defined by the Department of Justice. This would jeopardize the issuing of new licenses throughout the state.

Still, increased competition is good news for some in the industry. Businesses that deal in edibles now have more to choose from as more and more types of cannabis flood the market.

Learn more about expanding your customer’s payment options with credit and debit cards by contacting us today!