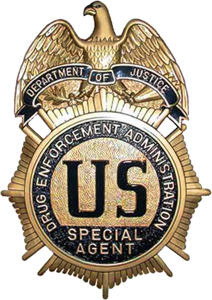 Last year, the Drug Enforcement Administration (DEA) decided that the federal government needs to grow more cannabis. This has been true of 2015 as well. In a proposal published by the Federal Register in early April, DEA Administrator Michele Leonhart revealed that the need has increased beyond what was initially anticipated.

In August of 2014, the DEA increased the feds’ quota from 21,000 grams to 650,000 grams. Since Leonhart first signed off for the feds to produce 125,000 grams in 2015, the agency has come to realize that the research and product development involving cannabidiol (CBD) has increased beyond what was expected. The DEA is now saying that the feds should produce 400,000 grams of marijuana this year – more than three times what was anticipated.

In Leonhart’s notice, she also revealed that the DEA “has also received notification from the National Institute on Drug Abuse (NIDA) that it required additional supplies of marijuana to be manufactured in 2015 to provide for ongoing and anticipated research efforts involving marijuana.”

What has fueled this need for more research and development? There has been an increase in interest concerning CBD-rich strains of marijuana due to recent media coverage. This coverage has featured children medical cases in which the drug has been used to treat severe epilepsy. The possibility that the drug could help in such medical cases has motivated many states to pass laws allowing limited access.

If you are currently operating a business in this industry or have plans of starting one soon, you are probably already aware of how difficult it is, if not impossible, to secure funding with a traditional lending source. Despite testing on behalf of feds and the legalization of marijuana in some states, marijuana is still illegal on the federal level and classified as a Schedule I drug.

Fortunately, there are alternative options out there that can help you obtain the funding you need to continue to grow your business safely and efficiently. For example, a marijuana merchant account is an account offered by a provider that specializes in offering such services to a business considered “high risk”; such as, a business operating in the marijuana industry.

Don’t let the continued issues over the legalization and acceptance of marijuana on both the state and federal level slow down your business. Even though funding can be difficult to secure with a traditional source, take advantage of the options a marijuana merchant account can offer you and your business.