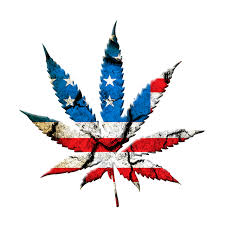 Despite the continued legalization of medical marijuana on the state level, the substance is still very much illegal on the federal level. This is not only making it difficult for entrepreneurs who wish to open dispensaries, but it also makes it difficult if not impossible for those who need it for a medical condition(s). Many with medical needs are left with two choices: move to another state where medical marijuana is legal or obtain the substance illegally and face being arrested.

On the federal level, marijuana is classified as a Schedule I substance. According to the DEA, there are five distinct categories or schedules used to classify a drug, substance and certain chemicals depending on its acceptability for medical use and its potential for abuse and dependency. Schedule I drugs are considered to be the most dangerous, with a high potential for abuse and severe psychological and/or abuse potential.

Marijuana has been listed as a Schedule I drug along with heroin, LSD and ecstasy, to name a few; thus, it has been listed as a drug with the highest potential for abuse and no acceptable medical use. For many people with medical conditions, this is a big disappointment and a daily struggle.

Kate Hintz, a writer for change.org, recently shared the story of four-year-old Morgan. Morgan suffers from Dravet Syndrome, a rare form of epilepsy that causes her to have dangerous seizures. The longest she has gone without suffering from one of these seizures is four weeks. The long list of medications she takes have given her kidney stones, ulcerative colitis and compromised her respiratory system.

Research and advice from doctors has persuaded Morgan’s family that cannabidiol oil – a form of medical marijuana – might be her best option. And it would mean fewer side effects for the little girl. It would not make her “high”, and she would not have to smoke it. However, the family cannot legally obtain medical marijuana at this time because of where they live and because the substance is still illegal on the federal level.

For now, the family is supporting the Compassionate Access, Research Expansion and Respect States (CARERS) Act. This bipartisan bill would allow states to legalize medical marijuana without federal interference. In addition, it would reclassify marijuana as a Schedule II drug; thus, affirming that marijuana does indeed have medical benefits.

For those involved in medical marijuana from a business standpoint, the federal classification of the drug means that finding funding is difficult if not impossible. Fortunately, there are alternative funding options out there that specialize in offering services to this industry. Marijuana payment processing, for example, may be the safe and efficient option your business has been looking for.