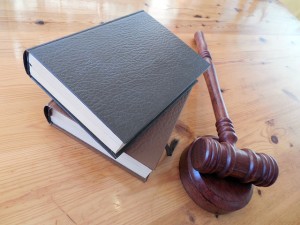 Hundreds of individuals have found themselves in the middle of legal conflicts over medical marijuana, even though they completed all of the required legal steps to open a dispensary. It would seem that the concerns over the differences in state versus federal law are beginning to materialize.

The main source of this conflict is coming from a little-publicized amendment to the 2015 appropriations bill. Referred to as a “buried land mine”, Congress barred the Justice Department from spending any money to prevent states from implementing their own state laws that either authorize the possession, use, cultivation or distribution of medical marijuana.

The Justice Department, however, is adamant that the amendment does not undercut its power to enforce federal drug law. On the federal level, marijuana is still listed as a Schedule 1 substance along with Heroin, LSD, Ecstasy and Bath Salts, to name a few.

In addition, The Justice Department claims that the amendment only bars federal agencies from interfering with state efforts to carry out medical marijuana laws. They have also claimed that it does not preclude criminal prosecutions for violations of the Controlled Substances Act.

This “wild card” has led to many surprises in several cases in both California and Washington State. All of this contradiction and conflict has led to new challenges in the journey of legalizing medical marijuana. It also leaves federal judges with no choice but to have to give their opinion – and soon.

As things continue to heat up over state vs. federal input on legalized marijuana, the need to have every “I” dotted and every “T” crossed will be even more important. This is especially true considering that the defendants in these cases made sure to have all of the legal steps required by their state to be taken care of, but still ended up in hot water with federal law.

When searching for means of funding, for example, traditional lending sources are going to be more reluctant than ever to provide their services to anyone involved in this industry. Fortunately, alternative funding options like securing marijuana business funding with marijuana-merchant-account.com means that you will not only have a safe and efficient solution, but you will also be working with a provider that specializes in offering solutions to the medical marijuana industry.