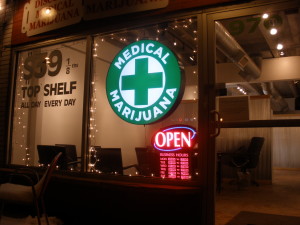 The amendment on the federal spending bill blocks the Department of Justice from using money to prosecute medical marijuana patients and dispensaries under state laws. Patients can now have access to the legal care they need without the fear of federal prosecution. Federal dollars will be spent more wisely by focusing on more serious crimes. This historic move towards a more sensible marijuana policy demonstrates U.S. ability to keep current with changing times.

The measure was particularly passed because it received a large support from Republicans than it did in the past. An astounding 49 Republicans voted for the amendment showing clear evidence that marijuana prohibition will soon be obsolete. The change finally provides a peace of mind for marijuana patients from all the past dealings with Congress.

In the past, the DEA raided marijuana dispensaries, arresting people who were abiding state laws but going against federal law. This served a huge controversy patients who relied on medical marijuana to treat their various disorders. More work is to be done before marijuana is legalized federally. Advocates are working towards a proposal known as the “Sates’ Medical Marijuana Patient Protection Act” which takes marijuana off the list of Schedule I controlled substances. Substances that are in that category are LSD, heroin, and other drugs with “no currently accepted medical use.” With continuing research on marijuana and its medicinal purposes, it’s on the right track to become legal.

Many medical marijuana dispensaries can now relax a bit and not have to worry about the Feds coming after them. If you are interested in opening a dispensary, first start by creating a marijuana merchant account and start accepting credit/debit card payments. marijuana-merchant-account.com specializes in marijuana merchants and has industry knowledge on what is needed for fast and easy set up. 2015 is the year for big changes in the Marijuana industry and as more people are accepting its natural and medicinal purposes, many people are open to the option of trying it for themselves.

If you’re in the Marijuana Business and need payment processing solutions, contact us today!