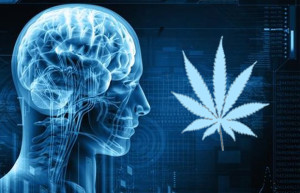 The National Institute on Drug Abuse (NIDA), may have come out in support of certain chemicals in marijuana to treat cancer cells. A new study by St. George’s University of London, found that the two most common cannabinoids in marijuana, cannabidiol (CBD) and tetrahydrocannabinol (THC) have the power to weaken cancer cells, thus making them more susceptible to radiation treatment. The study showed a drastic reduction in fatal brain cancers when the cannabinoids were introduced along with radiation therapy, a revelation that many marijuana advocates say gives the federal government another reason to loosen its control over marijuana legislation.

Scientists of the study state that the initial results of the study are promising. They believe the cannabinoids have the potential to provide a breakthrough for the treatment of glioma (tumors). While the ability of marijuana to treat health conditions is common knowledge, it is surprising that a government entity would back a study supporting the use of marijuana for cancer treatment. While the U.S. Food and Drug Administration (FDA) does not recognize the marijuana plant as a form of medicine, it has approved two medications that have cannabinoid chemicals in pill form.

Right now, marijuana is listed as a Schedule I dangerous drug underneath the Controlled Substances Act. NIDA’s supposed support of marijuana as a legitimate treatment of cancer, comes after the introduction of the CARERS Act which wants to downgrade marijuana from a Schedule I status to a Schedule II. This would make the drug more acceptable to the federal government as a form or medicine. The bill would also take away cannabidiol, the non-intoxicating compound found in the pot leaf, from the Controlled Substances Act. This would allow it to be distributed across the U.S. without violating federal statutes.

Despite the recognition of marijuana’s medicinal worth and its ability to kill cancer cells, Attorney General Eric Holder has not made changing pot legislation a priority. Marijuana health advocates fear his position will be unchanged, even in the wake of this latest revelation.

Even though the NIDA has recognized the medicinal value of marijuana, many marijuana merchants still can’t find competent recreational or medical marijuana payment processing. However, there are some experienced online payment processors like MMA that specialize in providing marijuana business funding. Learn more about expanding your customer’s payment options with debit and credit cards.