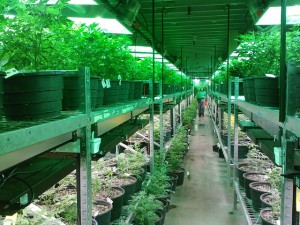 The result of this piece of legislature would give established companies the upper hand over the smaller startups and individual entrepreneurs. This ban will make it extremely difficult for these startups and entrepreneurs who would most likely have to be entirely self-funded.

According to California cannabis attorney, Ben Adams, “Everybody except corporations that are well-funded are going to be (out of luck), because either you have the money to do this on your own, or you’re prohibited from getting investors”.

In addition, it would be a very simple task for existing companies in other states to bypass the proposed one-year residency requirement for individuals seeking licenses. As of right now, the only requirement by the state of Alaska is that the agent be a state resident while also having and maintaining a registered office. This individual could be an attorney, accountant or even a secretary. In light of this, it would be easy for out-of-state, existing companies to sweep in and take over the market.

Another hit to startups and individual entrepreneurs is that there could be a potential plant-count limit for certain cultivation license categories. However, these regulations do not include a limit for major producers – another plus for the larger organizations.

This bill makes Alaska unique in comparison to other recreational marijuana states. It includes six different license types: home grower, producer, processor, retailer, broker and boutique producer. So far, the only license with plant count limits are the boutique permits and home grow permits. Boutique producer permits would experience a limit of 50 plants, while home grow permits would have a limit of six plants.

This bill has a long journey before it becomes a law. The first scheduled hearing before the state Senate’s Judiciary Committee was set for March 5th and can last until the 19th of April. It will take time to see what decisions will be and what the market dynamics in Alaska are going to look like, especially for startups and individual entrepreneurs.

For those interested in opening a business in the marijuana industry, it can be very difficult if not impossible to receive funding. Why? On the federal level, marijuana is still considered a Schedule 1 substance. In light of this, traditional financial systems are hesitant or refuse to offer their services.

Fortunately, there are providers that specialize in offering high risk, marijuana merchant accounts to businesses in this situation. For example, marijuana-merchant-account.com is your online source for high risk merchant accounts, check processing and payment gateways. Take advantage of the simple application process and low rates.