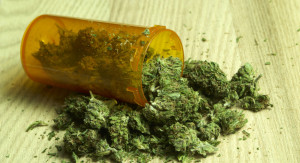 Taxes on Maine cannabis dispensaries was 40% higher in 2014 than 2013. Sales have obviously increased by a similar amount. It has been estimated that Maine dispensaries sold an estimated $16.2 million worth of cannabis in 2014. According to the latest figures, the state tax collected was around $900,000.

Maine is home to eight dispensaries, 1,720 registered caregivers and 15,000 MMJ patients. The Press Herald has estimated that caregiver sales totaled between $45 million and $60 million in the year of 2014.

While medical marijuana use is legal, the recreational use is not. Maine is one of many states that are pushing for the legalization of recreational use. States that already have recreational bills on the table – or are expected to soon – include: Alabama, Arizona, Connecticut, Florida, Hawaii, Illinois, Maine, Maryland, Massachusetts, Missouri, Nevada, New Jersey, New Mexico, New York, Pennsylvania, Texas and Wisconsin.

If you are considering starting up a business in this industry, you are probably more than aware of the risk involved. In addition, you may have already experienced obstacles in receiving funding. As long as cannabis is considered a Schedule I drug on the federal level, funding from traditional sources is going to be very difficult if not impossible.

Fortunately, there is marijuana business funding available for those who wish to enter the industry by starting a business. There are providers that specialize in offering high risk merchant accounts, check processing and payment gateways to those who are struggling to find solutions elsewhere.

Allow Marijuana-merchant-account.com to be your online source and solution. Take advantage of the simple application process, low rates and exceptional customer service.