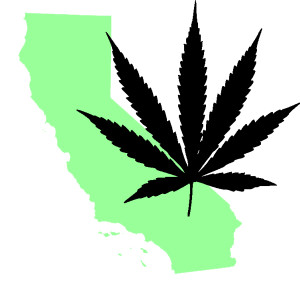 The most important and main step to take for California to legalize marijuana is to actually have the campaign be the main focus during the election. The last two elections had too many competing initiatives that refused to work together. Given, California has other initiatives such and education and healthcare that need to be addressed and many are not willing to unite together to spend their funding and time into a campaign that contradicts their belief system. It will take everyone’s resources and efforts to really get the marijuana campaign noticed in the state.

Let’s say the reform community unites and large contributors follow, the next step would be having money to fund the recreational marijuana campaign. It will be no easy feat, it took Oregon 4 million dollars in campaign spending to legalize the drug and that was a smaller state. It would take an estimated 18-20 million dollars to legalize marijuana in California and additional millions for behind the scenes spending. The signature requirement is much higher in California compared to other states and has more population centers around the state, which translates to more money needed to have stronger media campaigns in the population centers. Now, if the funding for the campaign were met, to successfully win the vote to legalize marijuana it will require a strong campaign team.

A strong campaign team will be needed that consists of California reform leaders and members from other successful campaigns that are willing to focus on the legalization of marijuana. If these groups of people got together then surely marijuana would be legalized. Join California’s marijuana industry by receiving marijuana business funding with marijuana-merchant-account.com. Become a marijuana merchant and join the already thriving industry.

All hope is not lost for California in their pursuit to legalize marijuana. By chance, the California Legislature could even legalize marijuana before the election and save time and money in campaigning, but without relying on that, the listed steps would be needed to see legalization happen in the state of California. California is relentless in making change happen, if the 2016 election doesn’t prove to be successful, there will always be the years onward to fight to legalize their beloved plant.