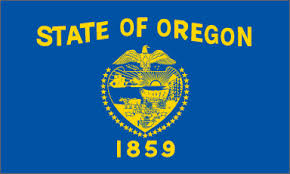 It has recently been announced that the state Senate Judiciary Committee will be holding a public hearing on the proposal to allow local governments to regulate medical marijuana dispensaries. The Association of Oregon Counties and the League of Oregon Cities are keen to push for the legislation, but have proposed a couple of amendments to the bill. These include the prohibiting of dispensaries within 1,000 feet of a pre-school, and also adds some regulation on the sale of marijuana-infused products that might come across as being “attractive to kids”. Either way, the fact that local governments are close to being able to allow the dispensaries is sure to be very good news for anyone in Oregon with a medical marijuana merchant account.

However, the Senate Bill 1531 will allow cities and counties to regulate or restrict the operation of medical marijuana facilities, prohibit the registration of facilities and/or regulating the storage of marijuana. These changes will be effective on March 1st, which is two days before the state will begin to register the medical marijuana facilities. Rob Bovett, the legal counsel for the association, says, “The proposal is about local control of a virtually unregulated new marijuana business.” He also stated that the Oregon medical marijuana dispensary program will be the most unregulated program in the nation.

Basically, the bill is clarifying local government authority to regulate marijuana dispensaries by using police powers and existing land use. It will protect local governments from expensive lawsuits. The proposal allowing local regulation is supported by many, including the Association of Chiefs of Police and the Associated Oregon Industries.

In conclusion, local control has been an ever-changing issue since lawmakers in Oregon passed a law last year that created a registry of medical marijuana dispensaries – a thriving but very unchecked industry in the state itself. Cities like Medford have taken steps to restrict or prohibit dispensaries, but Peter Buckley, a sponsor of the original dispensary bill, said that medical marijuana patients should have access to the drug no matter where in the state they live, and that “cities like Medford will get over it in time.” Only time will tell.