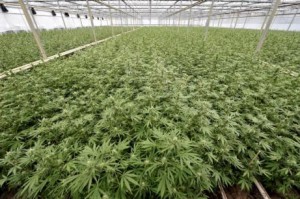 January 2013 marked the first month of legal recreational marijuana in the state of Colorado. Dispensaries in Colorado struggled in the opening month of the new industry with many complications. Recreational marijuana businesses contended with long lines, inventory shortages, and price hikes.

Washington State’s recreational marijuana growers remain uncertain about the cannabis cap. Growers can apply for  up to three licenses at three different tiers. The most ambitious grower applying for three of the largest available licenses could avail of 90,000 square feet to grow cannabis. Yet the 2 million square foot cap would only allow for 22 growers of that caliber. With more than 2,600 grower’s license applications, growers are stuck in limbo about the reality of their business plans.

The number of applicants combined with a cap that restricts production far below estimated consumption create dire implications for the new industry. Lawmakers intended to ensure Washington State is not left with a surplus of Cannabis that cannot move over state lines.

Yet the lawmakers may be forfeiting the opportunity to bring marijuana transactions off the black market and into tax-paying dispensaries. If the supply and production is not capable of creating adequate inventories for dispensaries, the entire industry will be hamstrung before it can begin walking.