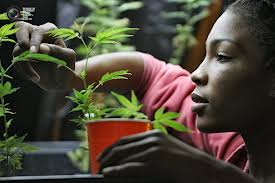 The success of marijuana initiatives has revealed that the nation’s feelings towards the idea has softened. Even though only four out of the fifty states have legalized recreational use, voters have displayed that their opinions on marijuana no longer fall along partisan lines.

Sixteen years ago, California led the way by making medical marijuana easier to obtain than a prescription drug. Dozens of states have now legalized the use of medical marijuana, while Colorado, Washington, Oregon and Alaska have legalized recreational use.

It would seem that the push for marijuana will go marching on, despite the fact that it is illegal on the federal level. In fact, it is considered as dangerous of a drug as heroin. Surveys have revealed that half of American believe it should be legalized while 75% think that it will happen in the future.

However, no one seems to be stopping to consider the dangerous of legalization. Because marijuana is technically illegal on the federal level, no scientific tests have been done to determine whether or not it is safe for it to become legal on the state level.

According to an article by Sandy Banks of the Los Angeles Times, “Researchers comparing the brains of ‘chronic’ marijuana users (who smoke at least four times a week) with those of people who never light up found pot smokers had less gray matter in a region of the brain that influences decision making, and they had significantly lower IQs than their nonsmoking counterparts.”

With more than a million people in the United States legally using marijuana, it is time to consider regulations on cannabis. In addition to not knowing what the exact long term effects are on the user, young people are ending up in emergency rooms from accidental consumption of what they thought was candy.

Considering the business implications, there is still a high risk to running a business in this industry. In order to safely process payments and operate efficiently, marijuana merchant accounts are still the go-to option. With the questions that still surround the industry, marijuana merchant accounts are just the tool you need to operate successfully.